Such beautiful little stories that natural rights philosophers tell themselves:

He that is nourished by the Acorns he pickt up under an Oak, or the Apples he gathered from the Trees in the Wood, has certainly appropriated them to himself. No Body can deny but the nourishment is his. I ask then, When did they begin to be his? When he digested? Or when he eat? Or when he boiled? or when he brought them home? Or when he pickt them up? And ’tis plain, if the first gathering made them not his, nothing else could. That labour put a distinction between them and the common. That added something to them more than Nature, the common Mother of all, had done; and so they became his private right.

Acorns, Apples, and Trees: Mother Goose has nothing on this.

As far it goes in the natural rights genre, Hobbesian horror stories are preferable to Lockean nursery rhymes. In the apparently empty forest, Hobbes’ wolf-man would be justified by right in ripping out the stomach of Locke’s gentle-man hunter and gatherer in order to gain access to its contents. The wolf’s bite proves superior to the quaint bit about “labour.” 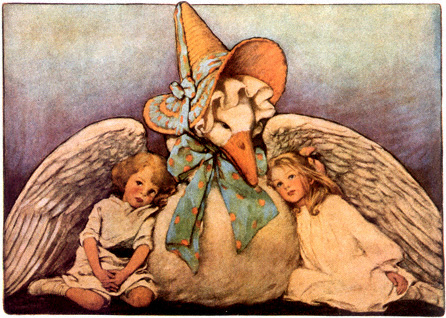 My particular position on Hobbes versus Locke is that I side with the logical argument presented by Hobbes (which has nothing to do with ‘might makes right’). Hobbes argues that in the “state of nature” all “men” have a right to everything, a condition that leads to the bellum omnium contra omnes. In other words, in the state of nature, theft, rape, murder, etc. cannot be condemned since there’s no basis for condemnation: anything goes. Why do I find Hobbes more compelling? Because I think one can more easily bring his account of natural right into touch with empirical reality than Locke’s. Hobbes is more of a realist, is attuned to power relations, especially those connected to any claims of rights. He also has a pretty good idea about what the modern State enables and constrains.

“Nature has given each man a right to all things. That is, in the pure natural state (*), or before men bound themselves by any agreements with each other, every man was permitted to do anything to anybody, and to possess, use and enjoy whatever he wanted and could get. The argument is as follows: whatever anyone wants seems good to him precisely because he wants it, and it may either contribute to his preservation or at least seem to do so (and in the last article we made him the judge of whether it really does so or not, so that whatever he judges necessary is to be deemed to be so)…
*In the pure natural state, etc.] This must be understood as meaning that nothing that one does in a purely natural state is a wrong against anyone, at least against any man. Not that it is impossible in such a state to sin against God or to violate the Natural Laws. For injustice against men presupposes Human Laws, and there are none in the natural state… I will compress the argument and enable it to be taken in at a glance. Each man has a right of self-preservation (by article 7), therefore he also has the right to use every means necessary to that end (by article 8). The necessary means are those that he shall judge to be so himself (by article 9). He therefore has the right to do and to possess everything that he shall judge to be necessary to his self-preservation. In the judgement of the person actually doing it, what is done is rightly done.” Hobbes, On the Citizen (De Cive), I: 10

“The first law of nature (the foundation) is: to seek peace when it can be had; when it cannot, to look for aid in war (auxilia belli)…

The first of the Natural Laws derived from this fundamental natural law is that the right of all men to all things must not be held on to; certain rights must be transferred or abandoned. For if each man held on to his right to all things, it necessarily follows that some men would be attacking and others defending themselves, and both by right (for each man strives by necessity of nature to defend his Body and whatever is necessary for its protection). War would ensue. Anyone, therefore, who does not give up his right to all things is acting contrary to the ways of peace, that is, contrary to the law of nature.” Hobbes, On the Citizen (De Cive), II: 2, 3

There are complications, of course. Hobbes is writing against the background of the wars of religion (which are his “state of nature”) in England. Consequently, later authors such as Koselleck (Critique and Crisis: Enlightenment and the Pathogenesis of Modern Society) have criticized him for denuding the State (Leviathan) of any moral basis, and allowing Locke’s model of “public opinion” to lay claim to morality in opposition to a State which is based solely on a “force” (voluntas, Willkür) that is arbitary. I find this to be a problem of the natural rights tradition itself, not something peculiarly screwy about Hobbes. Better to start from a position that holds that some external structure is always already shaping and defining the individual (as this is empirically observable) than to build a theory of political order from a fictional point zero at which natural individuals, laden with a set of rights that can only be the product of an external, enabling structure, contracted to become political individuals; that is, individuals taking part in a civil society.