Russell Brand is our Bakunin.

Peak beard is an urban legend. So is the lumbersexual. 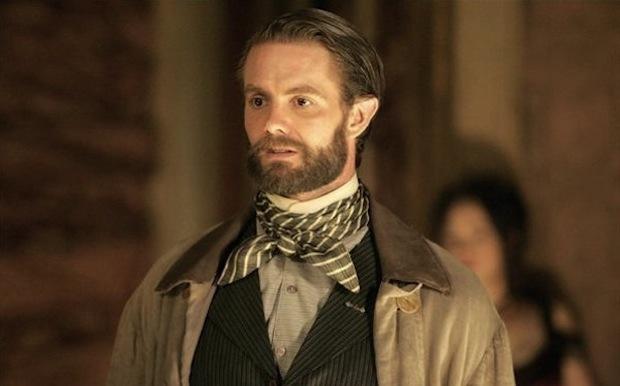 Another day, another vapid attack on hipsters.

… I say: “Really, it’s OK. After all, it’s my generation that’s to blame for this bullshit culture.” And we are, aren’t we, us fiftysomethings? We’re the pierced and tattooed, shorts-wearing, skunk-smoking, OxyContin-popping, neurotic dickheads who’ve presided over the commoditisation of the counterculture; we’re the ones who took the avant-garde and turned it into a successful rearguard action by the flying columns of capitalism’s blitzkrieg; we’re the twats who sat there saying that there was no distinction between high and popular culture, and that adverts should be considered as an art form; we’re the idiots who scrumped the golden apples from the Tree of Jobs until our bellies swelled and we jetted slurry from our dickhead arseholes – slurry we claimed was “cultural criticism”.

Will Self’s lament is that of a person who arrived late at the party and missed all the good hors d’oeuvres. As a representative exemplar of the choir of hipster discontents, his cultural criticism is primarily a gloss of his own projections and resentments, the source of which is unknown.

The conventional (i.e., trendy) criticism of hipsters largely plucks its spoiled fruit from the tree of traditionalist values. The charge of conformism leveled by people who are themselves conformist smacks of bad faith and a massive performative contradiction. The ideology of the traditional esthete (i.e., Mr Self) holds that profitability is a disqualification for the work of art. When he charges hipsters with “commoditisation of the counterculture” he only evinces woeful ignorance of the historical counterculture, which long ago engaged the capitalist marketplace with its own values, drawn from the humanist catalogue.

I’ve never heard a person say “I’m a hipster.” The denigrating application of the term to individuals who are not really self-identified as such is all projection, envy, and bollocks.

There’s really no reason to hate hipsters; those who do are likely projecting hatred for themselves outward onto a convenient object. This self-hatred is based, no doubt, on some unconscious envy of the enjoyment of hipsters: their aesthetic revaluation of the everyday; their ironic repositioning of cherished certainties. It is very unsettling for cultural gatekeepers to find a bohemian ethos flourishing in connection with material abundance, without manufactured apology, artificial angst, or compulsive guilt.

Peak burger is a reality.

Peak beard is a nasty rumour started by razor manufactures. No truth to it at all.

Don’t hate. It’s good to be hipster, bearded, and artisanal.

According to Texas text books, we are living in the 1950s and Jesus is coming.

An ironic disposition frees a lot of otherwise restricted cultural detritus for legitimate aesthetic appropriation. Which is why it is good to be ironic in an age of mechanical intersectionality.

We have the largest, most influential hipster scene in world history.

Capital captured politics long before wikileaks, Slavoj. If you’d stopped watching Hitchcock films for a little while, you’d have noticed it.

Despite appearances, Williamsburg is a bit gritty, looks like East Berlin in the right light. Additionally, houses with vinyl siding give Billburg a working-class feel.

Comparatively, the late 80s was no golden age. Streets of the East Village and Lower East Side were littered with needles and crack vials (in the Bronx, with bullet casings). It was an era of libertine excess. The presence of gentrifiers, who attract police protection, lowered the body count. Now it is hopeless, a desolate high rent district marred by Frank Gehry’s melting monstrosity. Only the art star scene clings to life there.

Williamsburg was a refuge from the universal march of commodification in Manhattan, and still retains its less than posh character despite the influx of trust funders with liberal arts degrees. Unlike the EV/LES, the Billburg hipster scene is low key, understated. Its addictions to free wifi, lattes brewed and poured with artisanal care, and American Spirits are preferable to crack rock and concealed glocks. Not every woman there is a Hannah Horvath.