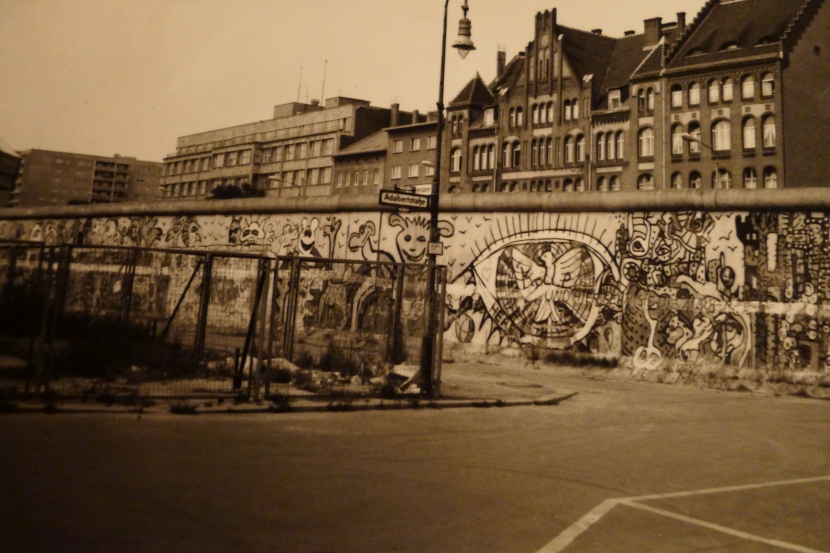 For the popinjay, the cravat has never been out of fashion.

Berlin made the mistake of removing almost all of the Berlin Wall. Besides being a historical monument (to political nonsense), it was wonderful public art space. With some ingenuity, the “no man’s land” between the wall could have been turned into a public park, which would snake through the city. Passages could have been cut through the wall to allow access between the former divided halves of the city. Artists would then have still had a magnificent urban canvas. But this would have required foresight and some sense of urban design.

Genocide is not a trait of polytheism.

Capital has never respected national borders. Why should migrants.

“Lucy” is just another variation on the theme of “La Femme Nikita.”

The old Deutsches Historisches Museum in the former East Berlin had an exhibit which proclaimed that the Communist Party had defeated fascism. It also had an exhibit depicting class struggle in the Neolithic Age.

A few neo-fascist German historians tried to muster a positive view of Germany’s role in WWII by extolling the battle on the eastern front as a noble struggle against “Bolshevism.” This led to the Historikerstreit among right-wing and critical intellectuals in the late 1980s.

I travel with G. to the archive in Potsdam, in the former east. Right across the Glienicke Bridge, where Cold War spy swaps took place. The U-Bahn glides over the leafy neighborhood of Wannsee. The “Final Solution” was decided somewhere down there. This doesn’t seem right. Off the train and onto a bus that stops after crossing the spy bridge. The archive must be here somewhere but all we see are a few Soviet troops, loitering in front of a non-descript building. But this building is the one I’m looking for.

I’m not as comfortable during this stay in Germany as I was on my first visit. A xenophobic fever runs high after the fall of the Berlin Wall. Neo-Nazis attack foreigners, asylum seekers, with impunity. There are attacks in Berlin on buses, despite Prussian-like police presence. Further east, the police infrastructure is weak or non-existent. I must travel east to an archive in Merseburg. G. tells me I can’t travel alone. One of my friends from New York sends me several sheets of American flag stickers, which will keep me safe.

East and West Berlin is still divided by culture. The former East Germans are called Ossies by West Germans, the Wessies. When I look for an apartment at a rental agency, the nice young man points to the map of Berlin, identifying each Nazigebiet (Nazi area) in East Berlin. The apartments are cheap because they have no central heating. I encounter an Englishwoman, who reports she was attacked by skinheads. The new fascism is equal opportunity.

Kreuzberg is where the Turkish “guest-workers” live. No neo-Nazi or fascist skinhead turns up there because the Turks fight back. So do the Autonome, the anarchists who break up skinhead rallies with bricks and wooden clubs

Now at ___ University, straight out of Straight Man. These people, my putative colleagues, are beleaguered. What was an attempt at making unity turns rancorous. The lead organizer, accused of exclusion, which he denies, but which everyone knows is true, leaves the table, the room, the universe, ten minutes before quitin’ time. Then, before that, another one – one of my putative colleagues – says something like “I am the only ___ woman left and that tells me I HAVE NO FUTURE HERE.” You can fill in that blank. I stifled the urge to laugh for this person had challenged some logical laws, if not physical ones. “This is really bad,” I conclude, washing my mind of an hour and a quarter of wasted words.